I stumbled across a really interest site Endless Sphere where there is a lot of activity around alternative modes of electric transport. I was particularly interested in the electronic longboard section as I helped  my son built a standard one that he uses to commute to high school. We decided it was time to upgrade to an electric version.

The previous longboads were  made out of 1/16"maple veneer. we used 5 sheets per board. Each of the thee boards were different, the first on made was a standard pintail design, the 2nd was the longer of the two drop through boards and the final one was for my young daughter. It was a smaller board with a longitudinal convex bow. 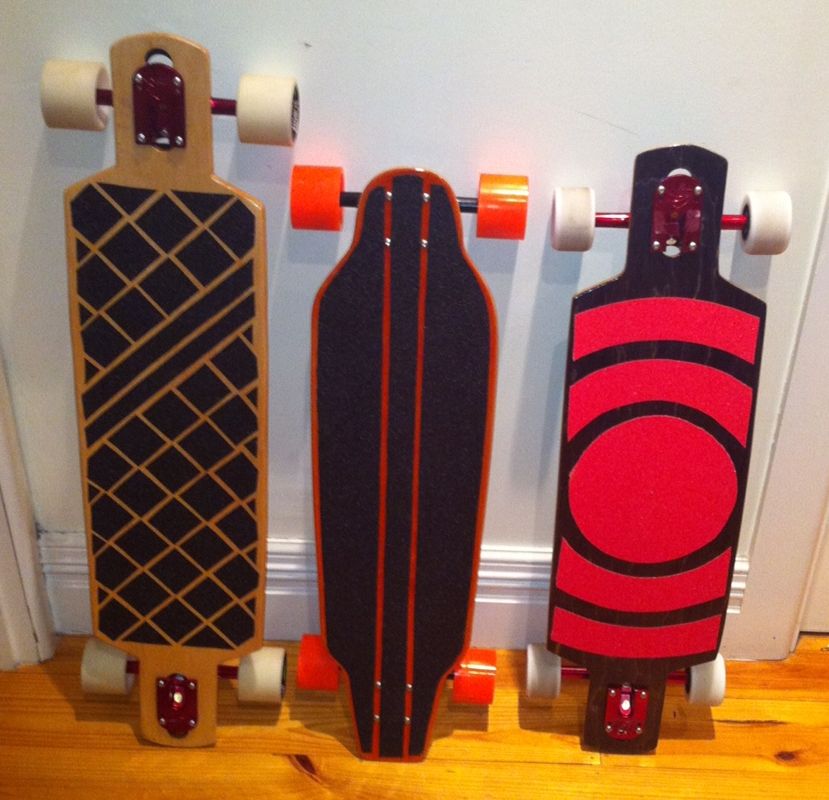 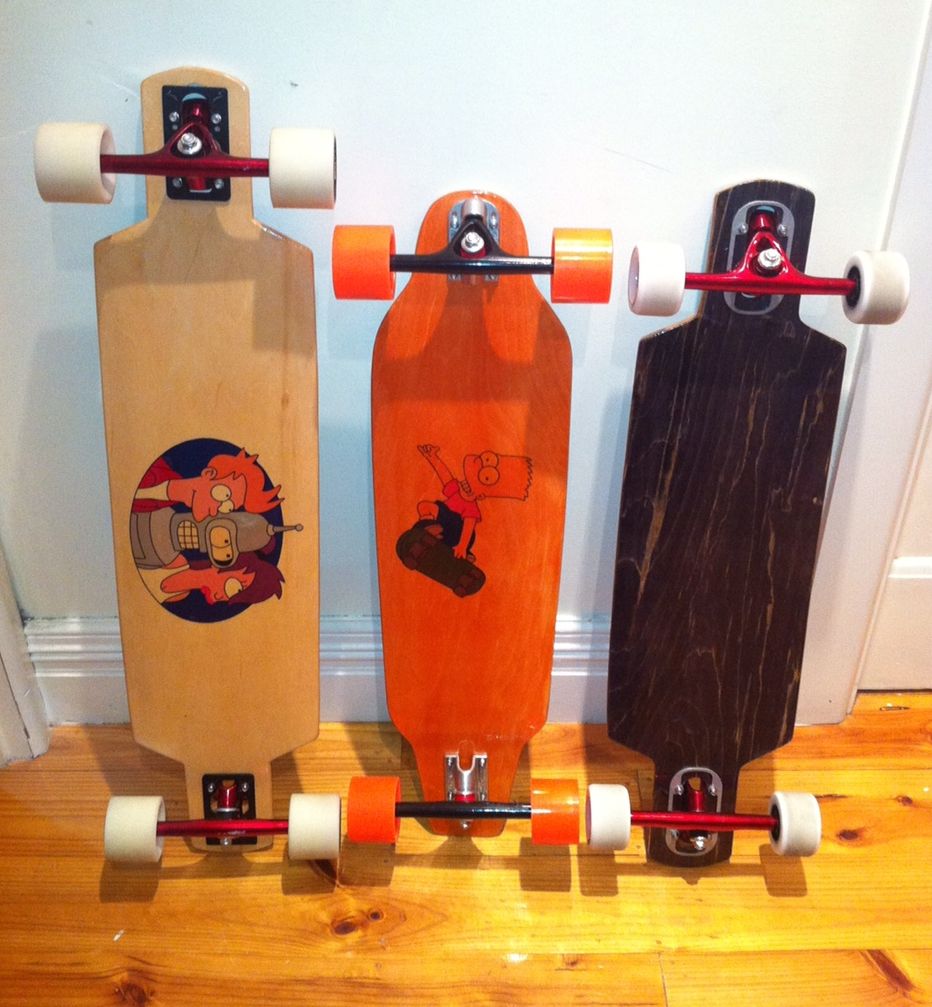 We decided to use 7 layers of the maple ply for the electric board. The reasons for doing this were;

The maple veneer for the  previous boards was obtained from Briggs Veneers in NSW. The veneer for the new board(s) was obtained from Australian Skateboard Kits.  We purchased 3 sets of veneer as the kid next door was always borrowing one of the longboards so we decided to make him his own. In addition to the veneer we also purchased a Roarockit Vacuum bagging kit as well. In the end it may have been cheaper buying a ready made deck but that isn't the point of this project.

The process for making the decks using the vacuum method is very well documented by Roarockit so I won't go into it here. The one tip I can pass on from my sister who is a Cabinet Maker (amongst other things) is to not use the sealing tape, but use a clamping system to seal the vacuum bag. It is quicker, seals better and there is no clean up required. The bag is ;

The photo below explains it best. 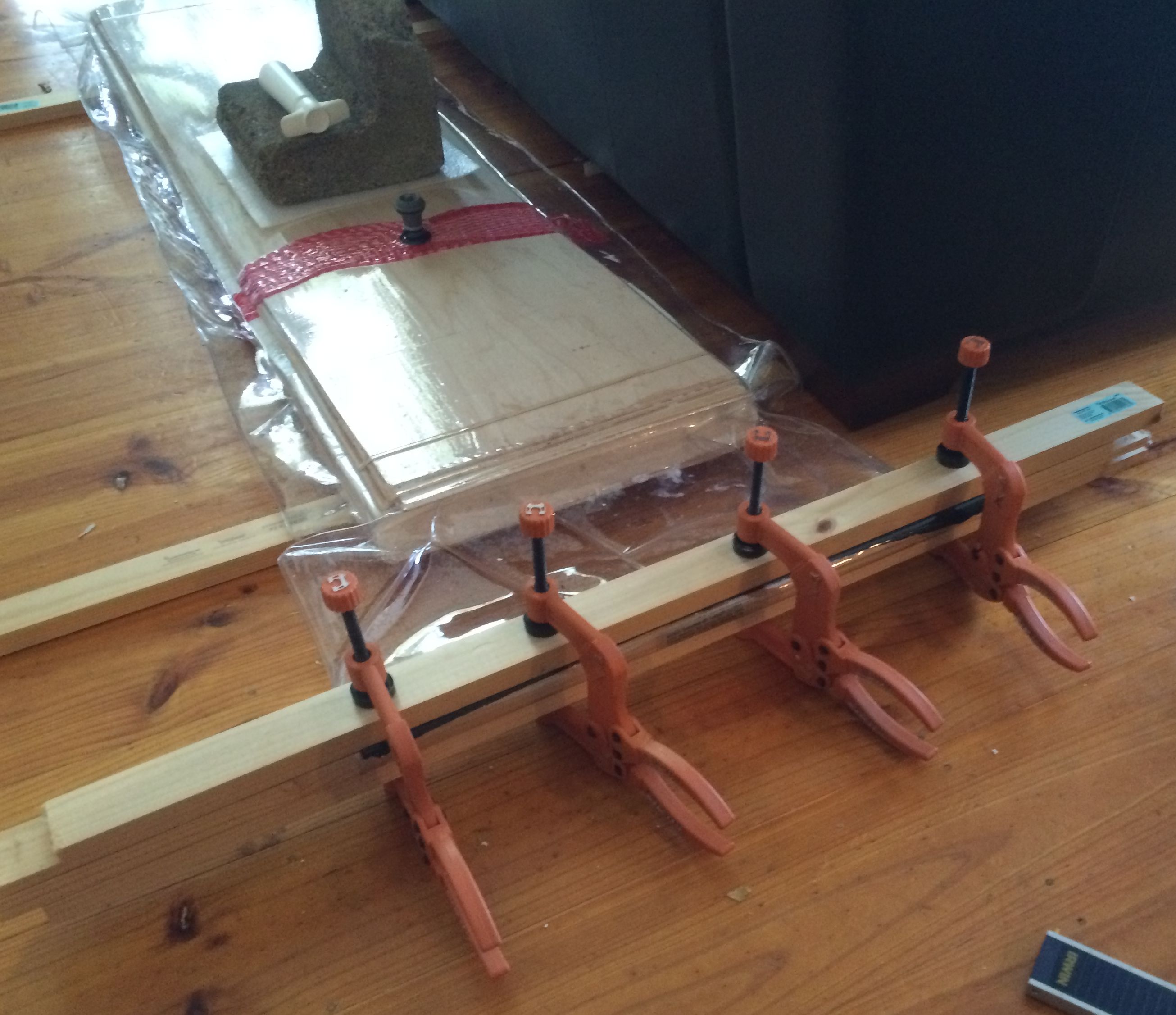 The photo above also shows how the curves are put into the deck. The foam mould provides the transverse concave bend and the two pieces of 20mm wood under each end of the bag provide the longitudinal convex bend.