The Taig CNC mill with the Microproto MicroMill 2000HD controller is a combination that a lot of Taig users started off with. The Microproto controller is a 1/2 microstep Unipolar stepper motor driver. A good and robust controller in it's day, but in the end the driver gave out. I had repaired the Controller a number of times, but when the Geckodrive G540 was released, converting the mill over to the G540 was self-evident as the G540 is a complete 4 axis 10 micostepping drive system.

An impediment to using the G540 with the existing motors is that the Taig uses six wire Unipolar motors with a 6-pin din connector on the end of the lead, whereas the G540 is a bipolar stepper motor driver and needs the stepper leads to have a DB-9 connector on them. This problem is solved by constructing the adapter leads as described below.

The Taig MPS Controller uses 6 pin DIN connectors for it's motor wiring. The stepper motors are wired as below;

To make the job easier I used a set of GC-02 breakout boards. They make soldering to the DB-9 a lot easier and have a trim-pot to set the current for the stepper motor. The stepper motors provided with my Taig CNC mill are rated at 1.4A so I set the trim-pot resistance to 1.4Kohm.

The first thing I did was remove the unused pins from the socket by cutting the solder tags off. They then fall out of the front of the connector. Removing the pins declutters the back of the connector making the job a bit easier.

The four wires were then soldered to the DIN connector. As it is quite cramped inside the connector, it is important to put heatshrink tubing over the soldered joints.

The DIN connector was then reassembled. Time to do the other end.

The Panavise makes holding parts for soldering a breeze. The four leads need to be soldered to the GC-02 breakout board.

The diagrams below show how I solder up the GC-02 breakout boards. As can be seen, it is quite a tight fit inside the backshell, so care and planning is needed. 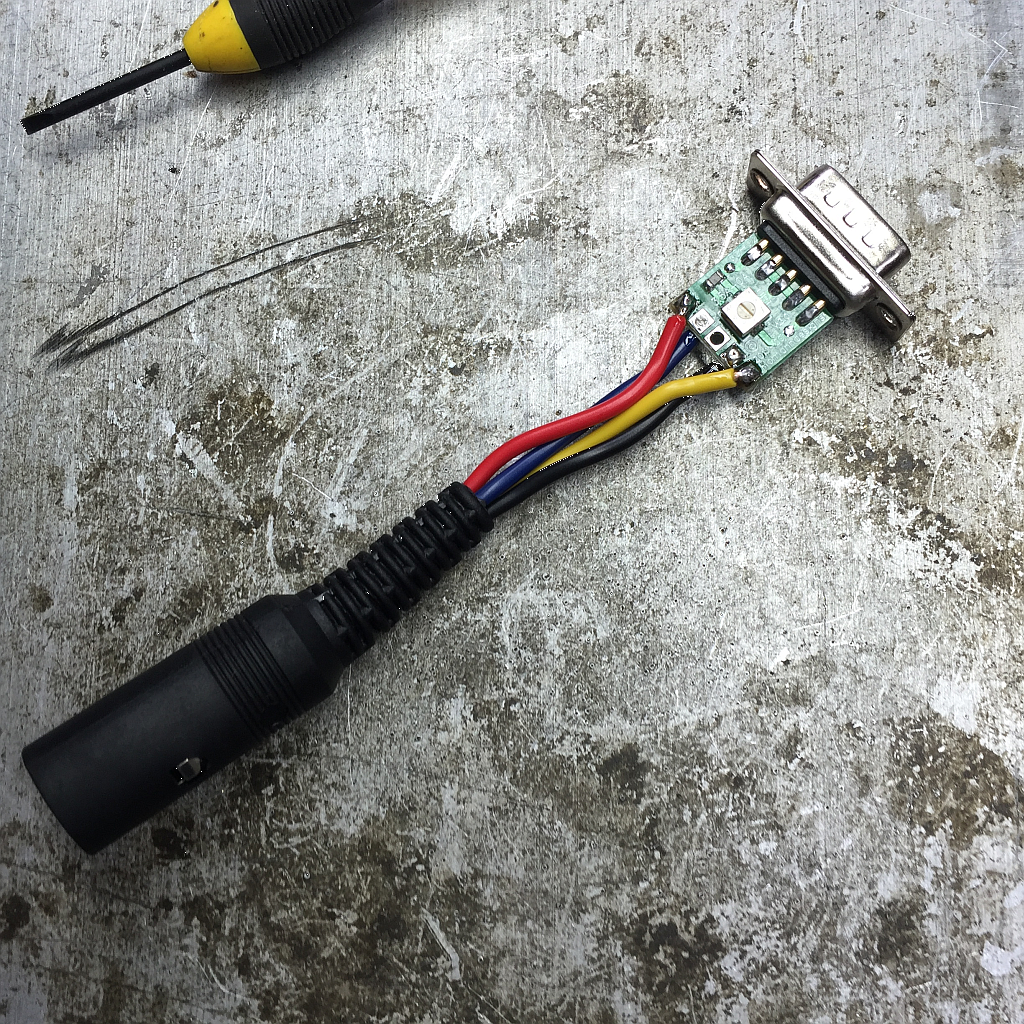 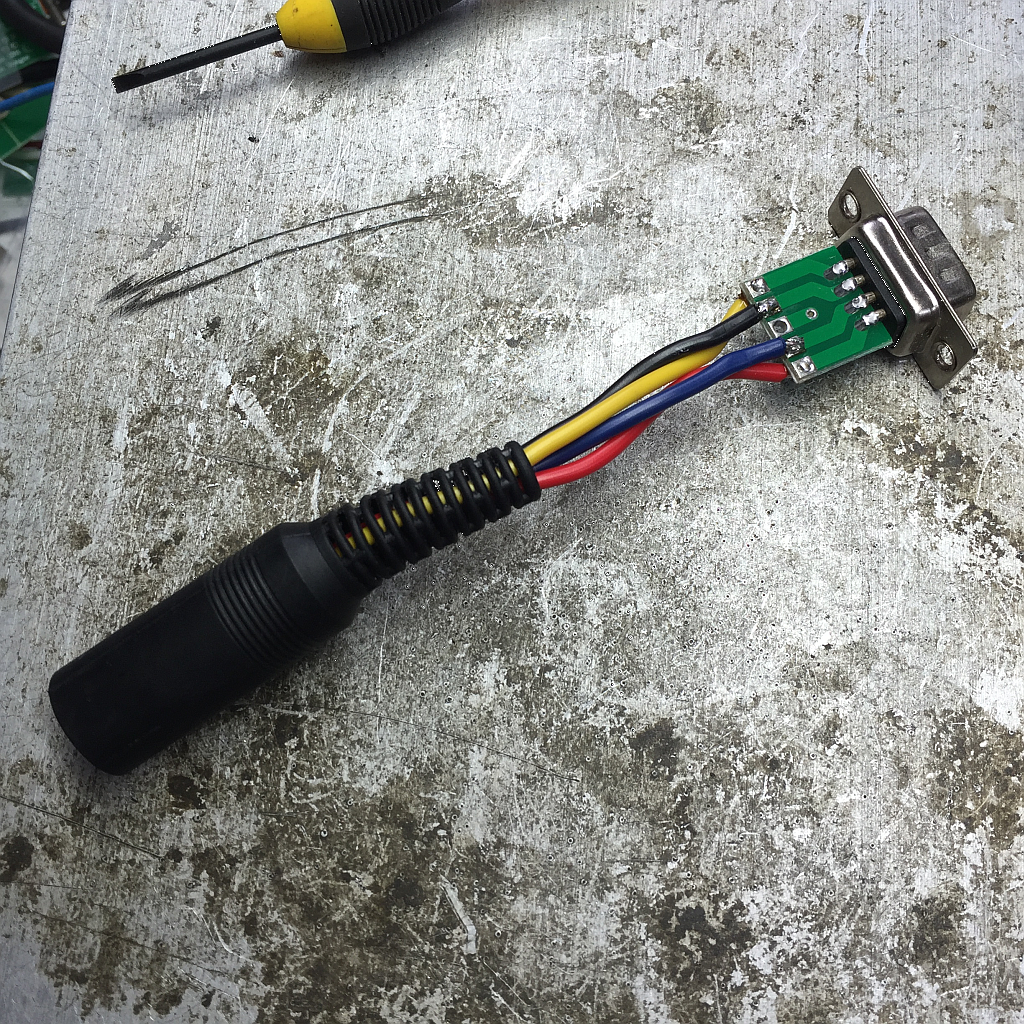 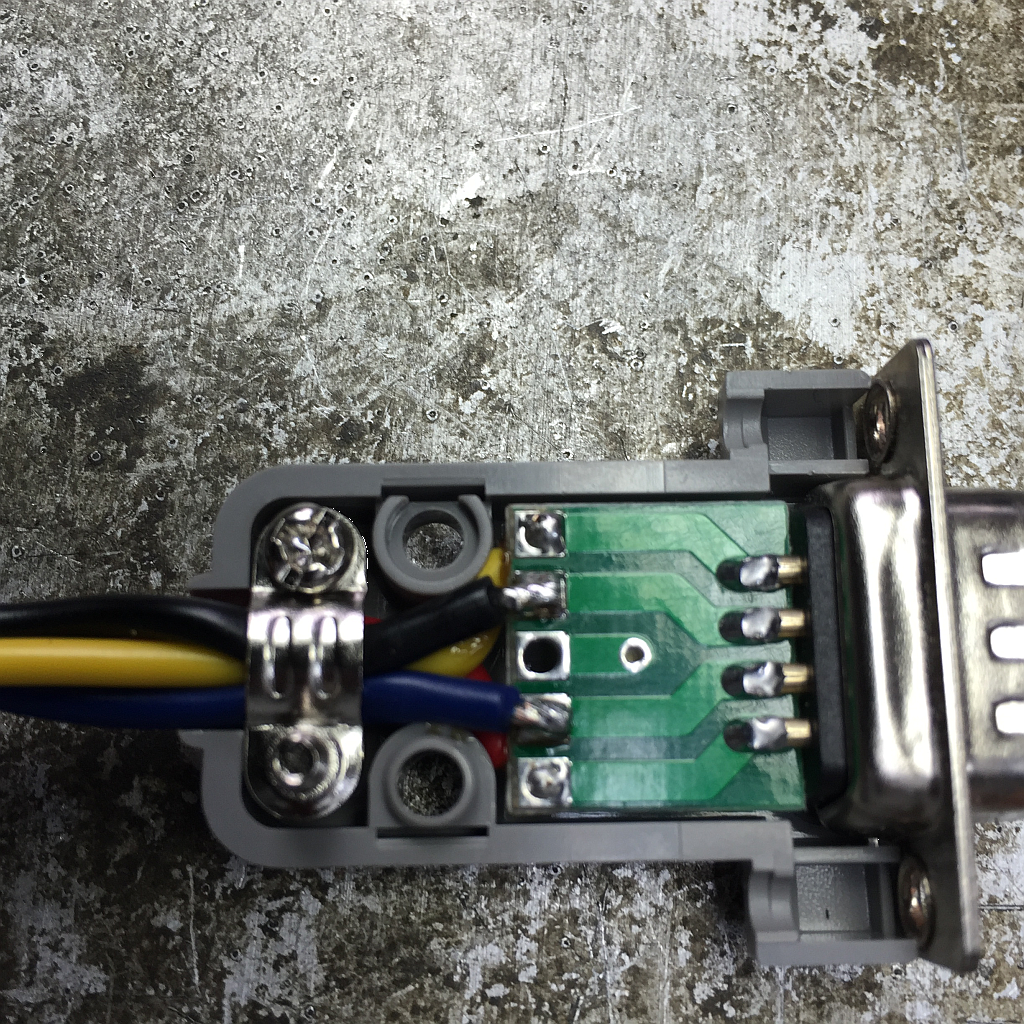 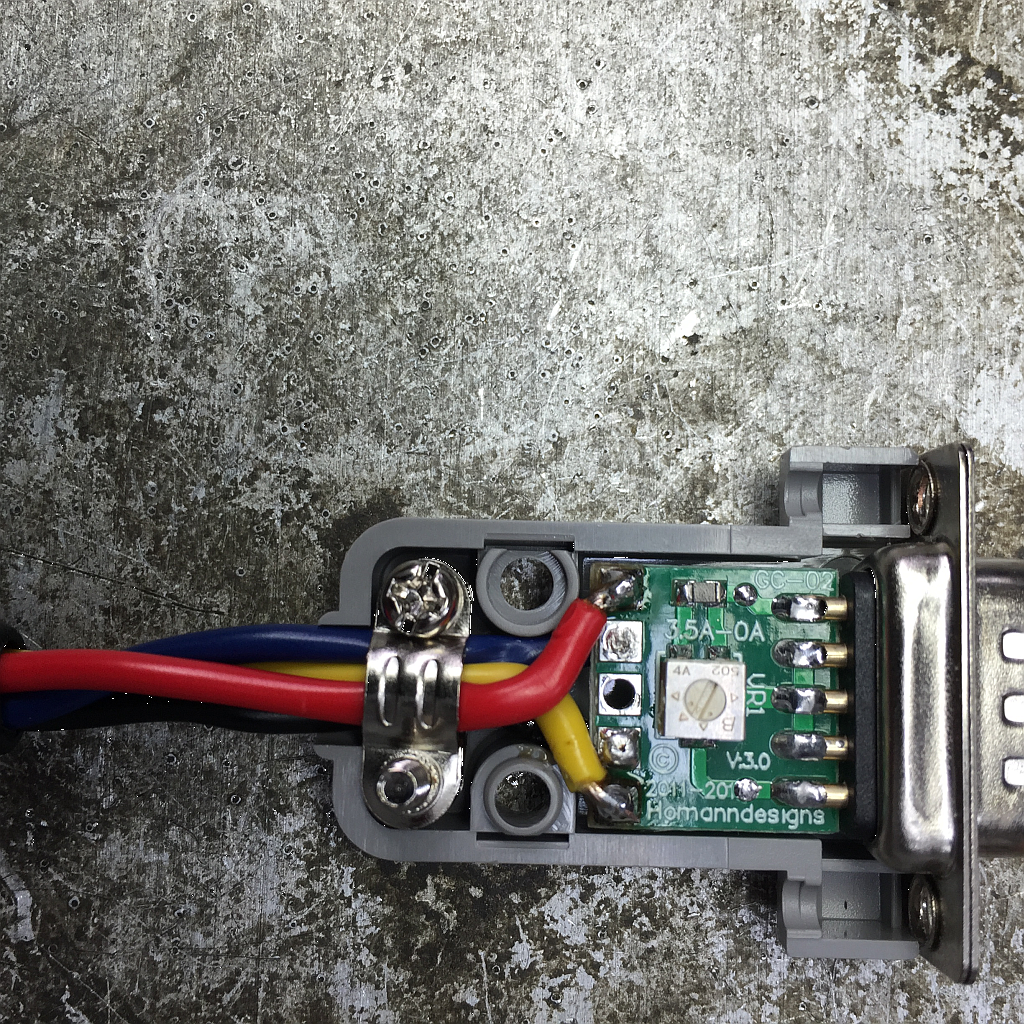 All that is left is to do the other three, test them and put them to good use.