Putting it all back together

Now that all the components and their functionality have been tested, its time to put the machine together and put it into use.

With all the original PCBs removed, the two replacement boards need to be mounted along with the Ethernet SmoothStepper and a small 5V power supply for it. I also decided to change over the original 110Vac Power supply with a 240Vac one to provide the 24V dc supply for the stepper drives and the H-02 I/O board.

As can bee seen from the following photos, the new boards are a lot smaller so there is a lot of space inside the base. 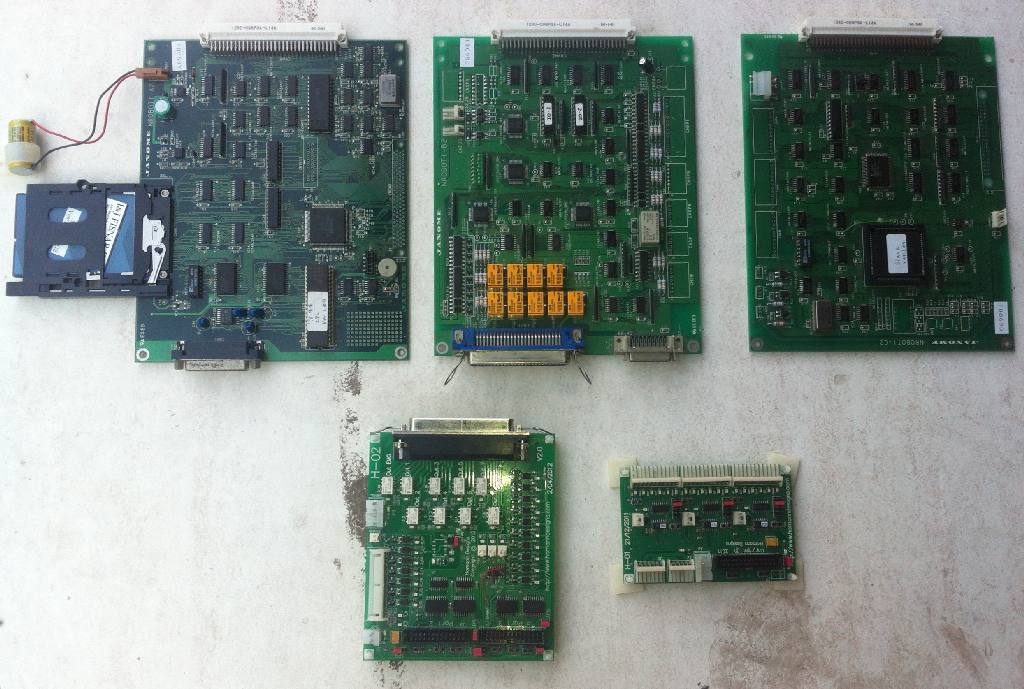 The H-02 I/O board was mounted into the same location as the original one, use the same connector cut-out.

The Ethernet SmoothStepper was mounted using the connector cut-out for the base's RS232 port.

The H-01 stepper board was mounted centrally.

The 24V power supply was in place of the original

The 5V supply was mounted close to the 24V one in the power section.

The image below shows the final layout with all the components mounted. 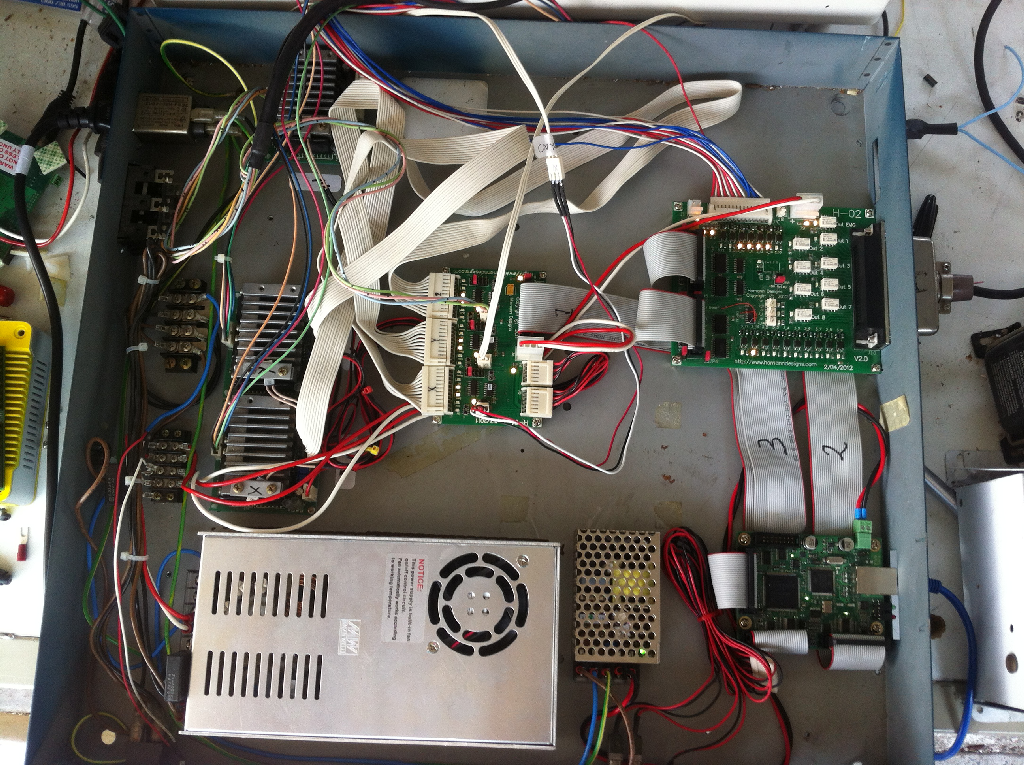 This image shows the base and unit just before the Soldering Robot is reassembled, hopefully for the last time. 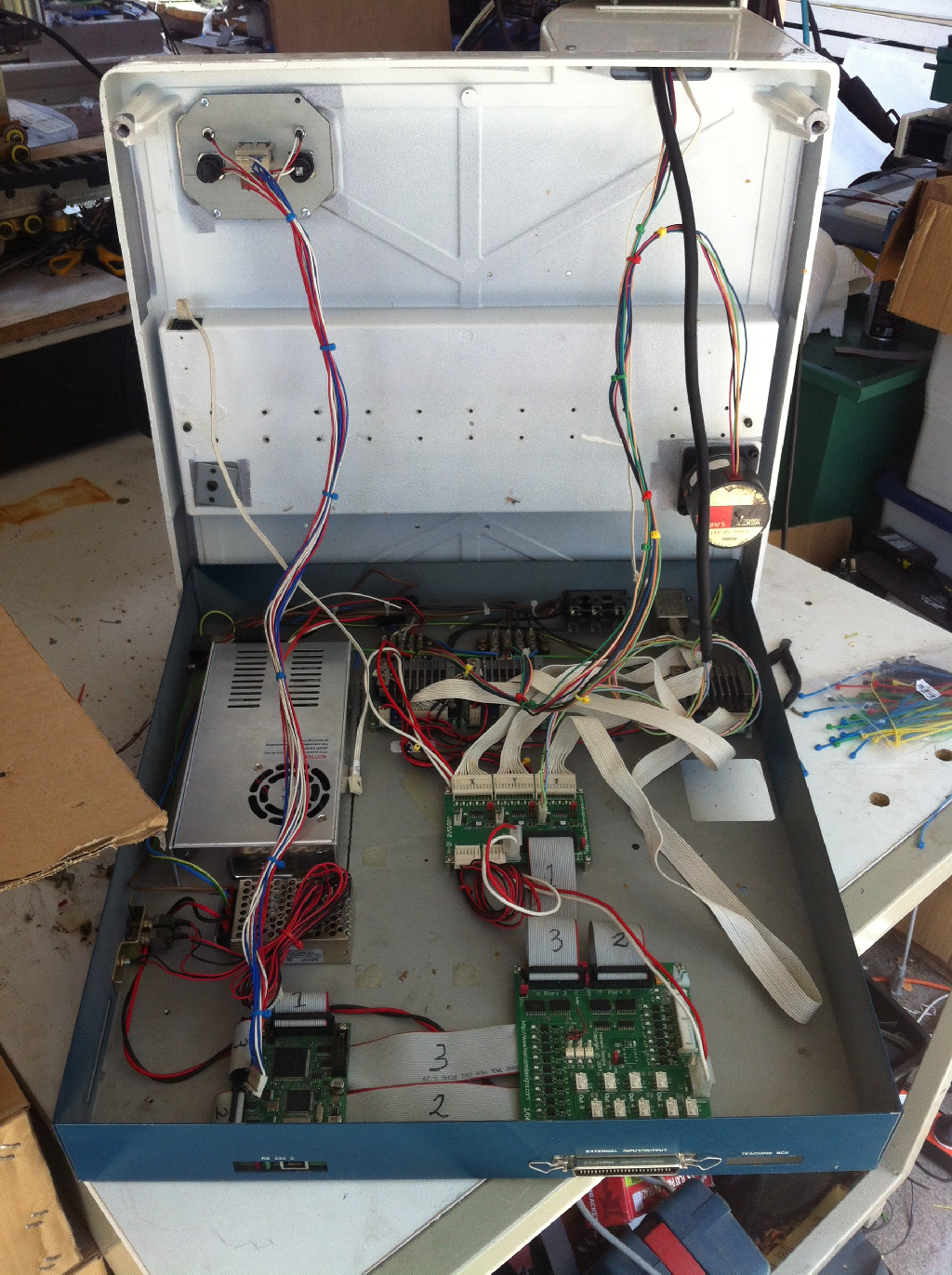 The next step is to mount the All-In-One touch-screen computer to the static gantry. The computer has a VESA mount and I purchased a swing arm wall mount that will mount to the gantry.

The gantry is cast aluminium and very solid in construction.After removing the sheet metal cover, it was clear that I could mount the swing arm at the top of the gantry side. I drilled and tapped holes for M6x1 cap screws. 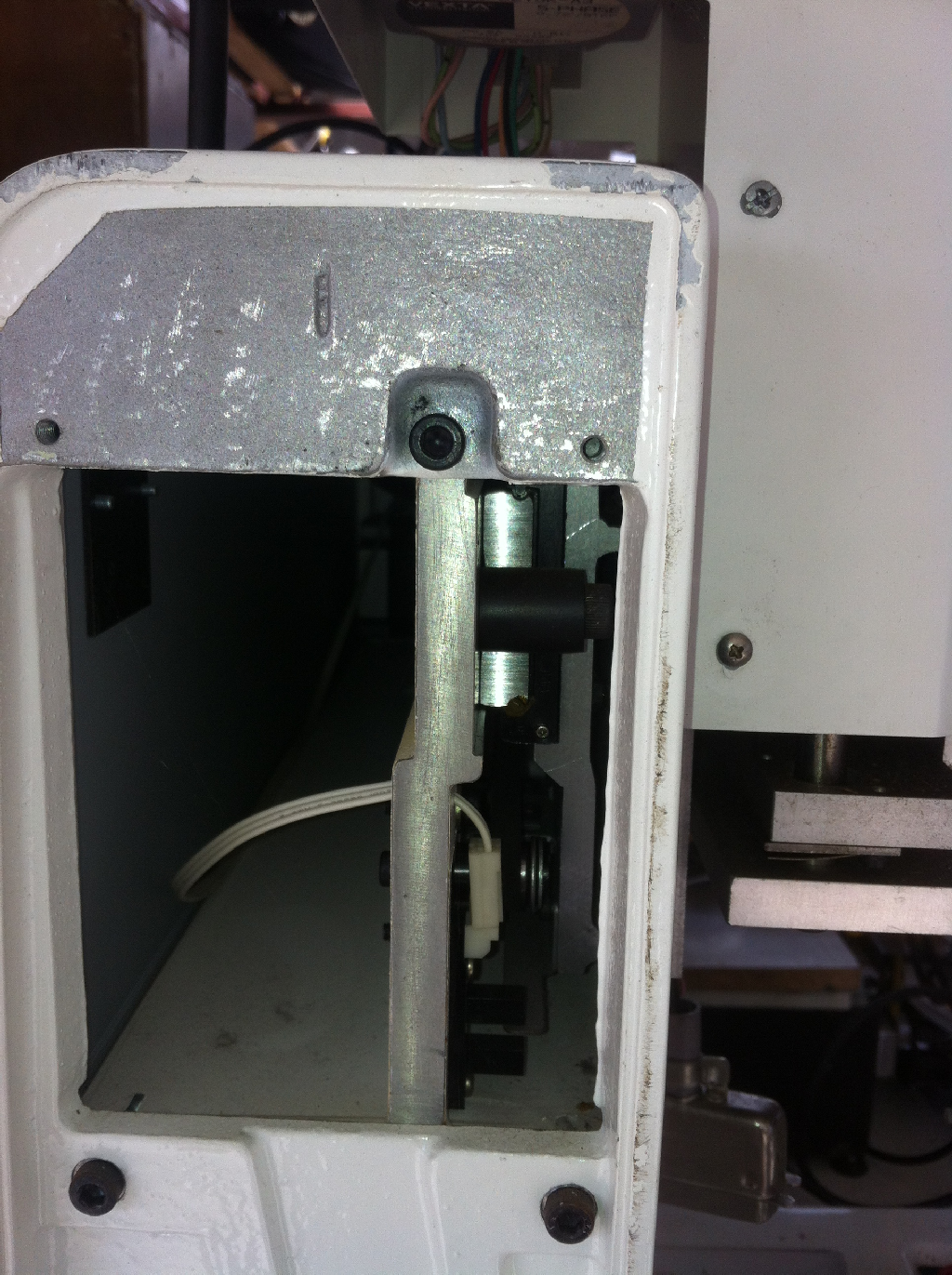 With the computer mounted the finished conversion looks very neat. The original I/O cable is still in place between the base and the soldering unit. There is only a single Ethernet cable running from the Computer to the base. All in all very neat. Eventually I might swap the 15" computer for a smaller form factor 12" one if I can find one at a reasonable price.

A quick test was then done to ensure that all was plugged correctly. At this stage I now have a machine that is under control of Mach3 and is capable of soldering boards.

There is still a lot of work to be done in making a new dedicated screenset, setting up the tool table and all the offsets, etc. At this stage I'll probably use the Aqua screen set as it is very clean and functional.

First thing will be to give the machine a good clean.